A report released by the Yemeni Media Freedom Observatory (YMFO) revealed that 75 violations against press freedom in Yemen were recorded in the first half of 2019. Violations included 1 murder, 18 assaults, 6 cases, 5 arrests, 4 threats, 1 kidnapping, and 40 other cases, besides 5 cases of targeting media institutions.

Yemeni media pays heavily for the war in Yemen. As the margin of press freedom diminishes increasingly day by day, Yemeni journalists pay a heavy price for their profession.

The Houthi group tops the list of perpetrators of violations, being involved in 49 violations during the  period January-June 2019. Seventeen journalists are still being held by Houthis, some of whom have been detained for more than three years. Similarly, violations of media freedom continue unabated in regions controlled by the internationally recognized government, where 14 violations are documented. In 11 cases, anonymous perpetrators were involved. Finally, Saudi-led coalition forces were implicated in one case.

Targeting of journalists has terribly escalated over the last five years, to the extent that journalists cannot freely cover events in Yemen, several media outlets have closed, and hundreds of journalists have been killed and displaced.

The report shows that Sana’a witnessed the majority of documented violations (48 cases), followed by Taiz (13 cases), Dhali’ and al-Jawf  (4 cases each), and finally Hadramout, and Aden (3 cases each). 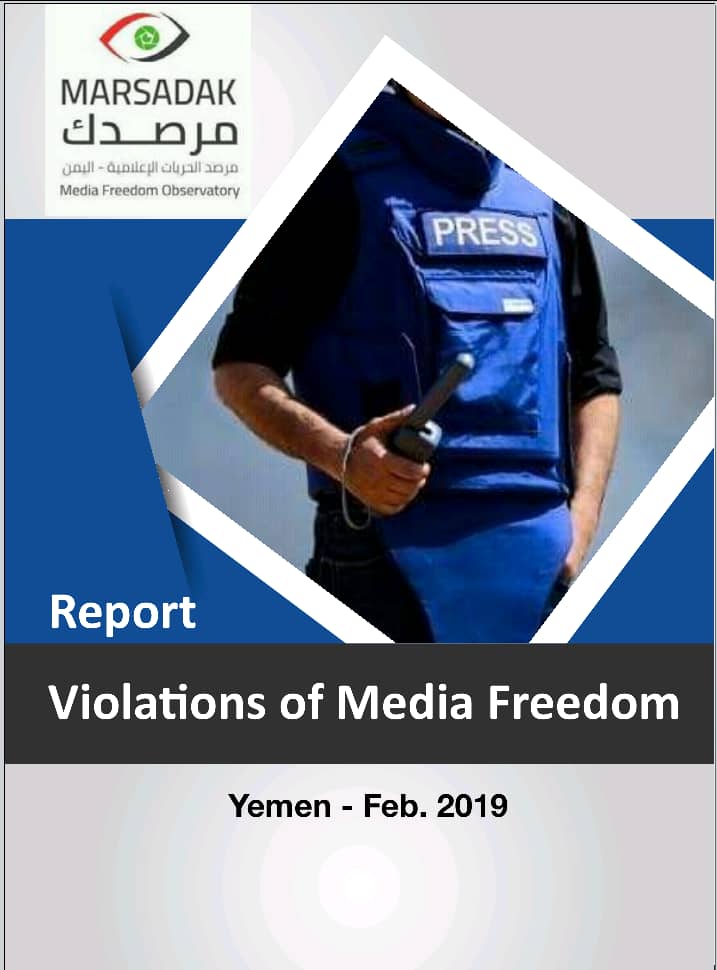