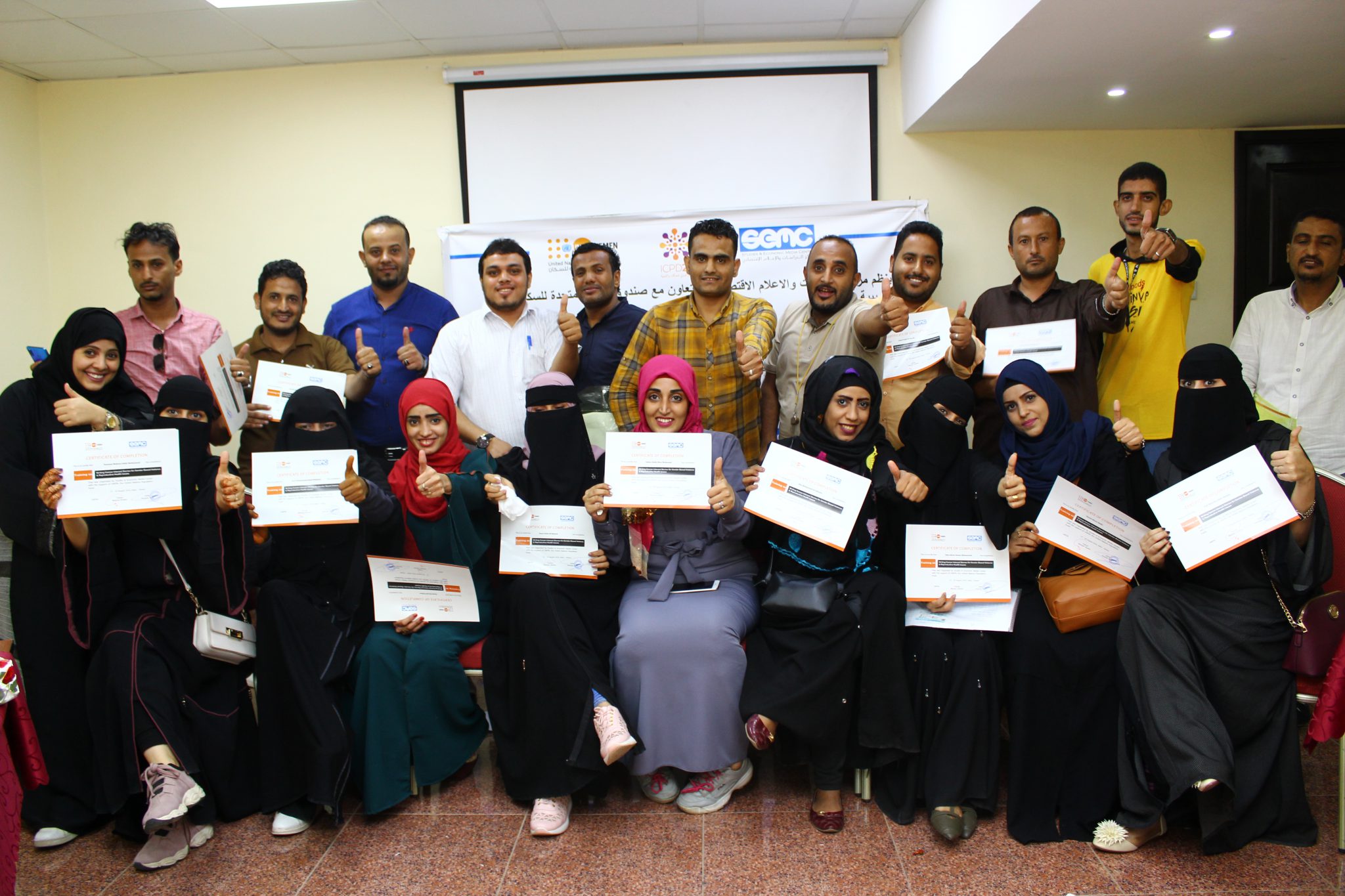 With support from the United Nations Population Fund (UNFPA), SEMC conducted a training workshop on writing humanitarian stories on gender-based violence and reproductive health as part of a training program targeting 15 Yemeni governorates.

At the concluding session of the second training workshop held in Aden, director of programs at SEMC, Hamdi Rassam, stated that more than 20 journalists from Aden, Lahej, Abyan and al-Dhali’ governorates were targeted by the workshop. Participants were trained on skills of writing stories on gender-based violence and reproductive health and other quality skills they received for the first time.

“We expect participants to produce quality stories highlighting gender-based violence and reproductive health and to convey the suffering of victims in this respect,” Rassam said.

For her part, UNFPA Liaison Officer, Ms. Fahmiya al-Futaih said, “UNFPA is conducting this series of training workshops across the country this year which marks the 25th anniversary of the historic International Conference on Population and Development (ICPD), in which reproductive issues and rights and gender-based violence were first recognized. This year, world leaders, including media professionals, will meet again in Nairobi in November to renew their pledges and commitments to these issues. UNFPA counts on the role of journalists in raising social awareness of these issues and promoting the ICPD agenda in Yemen.”

In the closing session, Bassam al-Qadi, a journalist, urged trainees to make use of the newly acquired skills in their articles, pointing out that post-training production of stories, rather than the paper participation certificates, is the real yardstick of success and excellence. He also underscored the fact that humanitarian stories and reports would open up open up new opportunities and horizons to journalists, especially as most domestic and foreign media had become more interested in humanitarian stories.

Participants stated that they greatly benefited from the workshop. Jihan Abdelhakim, a journalist from Aden, said, “The workshop covered the subject that I needed most. I learned ways of tackling humanitarian aspects, which are often sensitive to me and to other people. I learned the basics of humanitarian action, which encouraged me to work hard in this aspect and to communicate voices of humanitarian cases in a way consistent with the nature of the situation and work.”

Yasmin Molhi, another participant from Aden, said, “The workshop introduced us to new techniques and basics of writing humanitarian stories, and to the ethical and professional standards involved. We also learned methods of getting access to sources and information. The workshop also covered such issues as types of gender-based violence and reproductive health.”

Yasmin adds, “Training included some practical exercises on choosing a topic, and finding and conformation of sources, as well as motivational exercises that boosted interaction among trainees.”

Issam Ali, a participant from Abyan, said, “The workshop provided us with many insights on writing humanitarian stories and elements of a humanitarian story. We acquired a lot of realistic concepts, terminology and training skills through which we realized that a large number of our local issues can be translated into very successful humanitarian stories.”

“I have been working as a journalist for a while but I have not been interested in humanitarian issues,” said Ali Mohsen, a journalist from al-Dhali. “The workshop changed many of my convictions. I have decided to give up my politically-oriented approach and to become a humanitarian-oriented journalist conveying the suffering of some section of society.”

Merfat al-Rabie, a participant from Lahej, said, “The workshop was very useful. I learned how to write a humanitarian story about gender-based violence, gather information, confirm sources, interview victims and survivors of violence, and other important topics and skills.”

SEMC is a non-profit civil society organization promoting a successful and transparent economic system through training and raising awareness of economic issues, and enhancing transparency and citizen participation in decision-making. It promotes professional media and economic empowerment of youth and women and advances their role in peacebuilding. 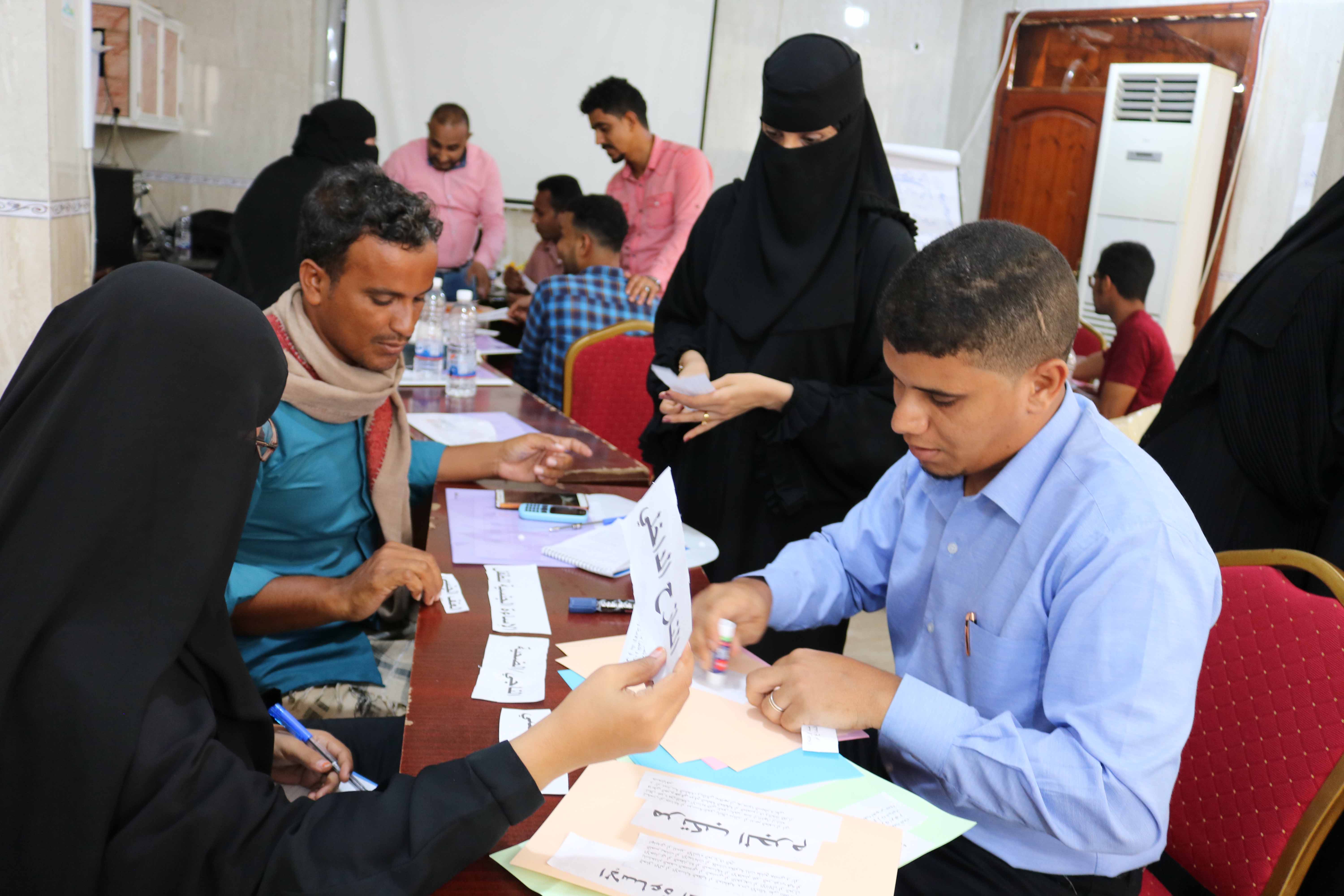 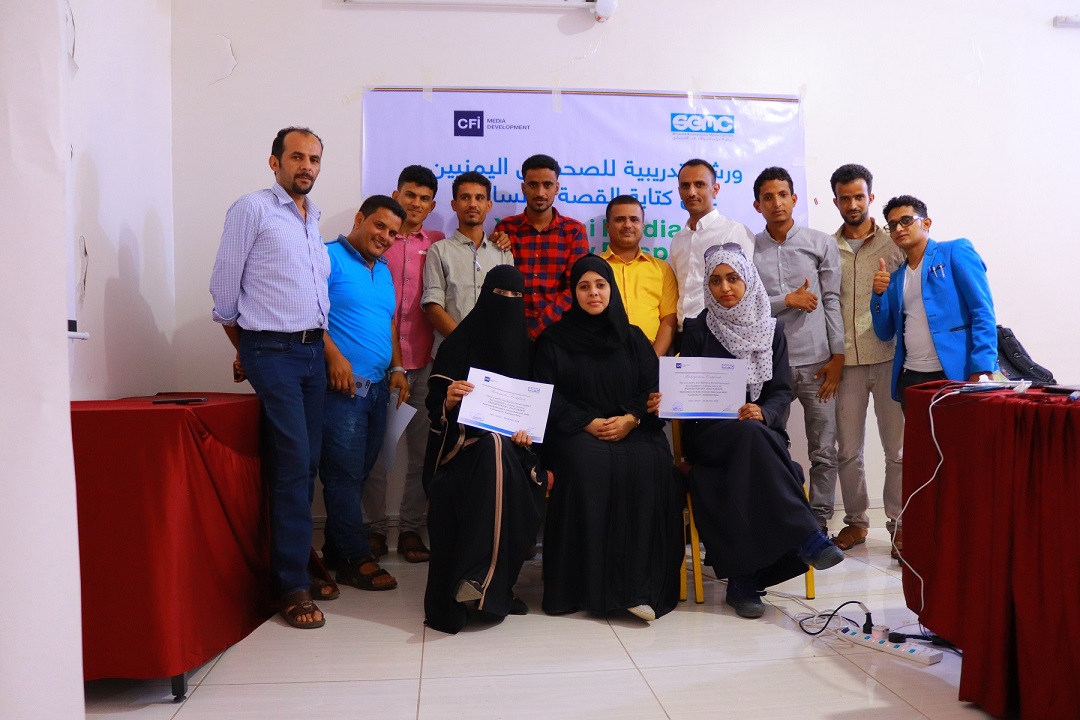 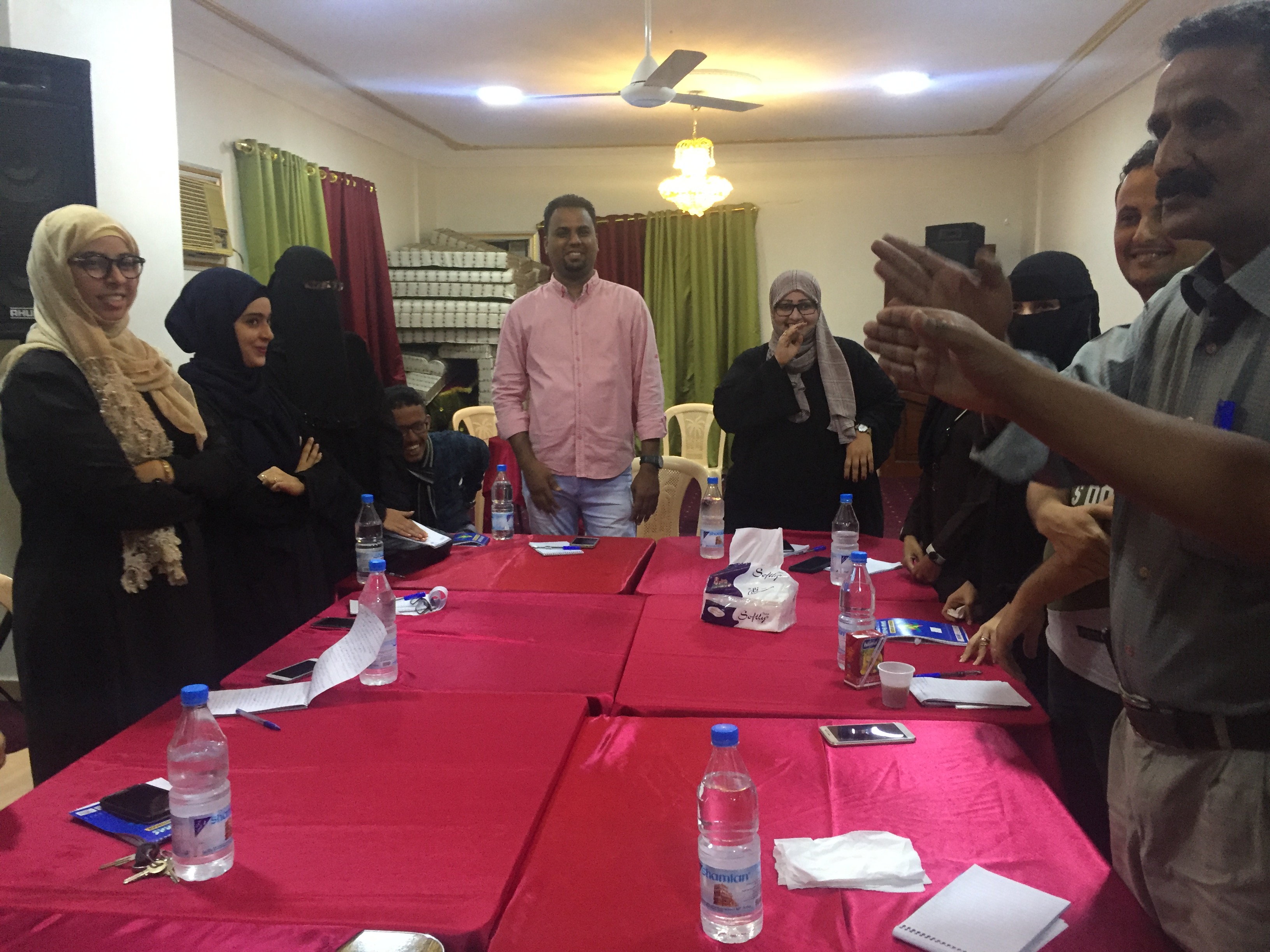