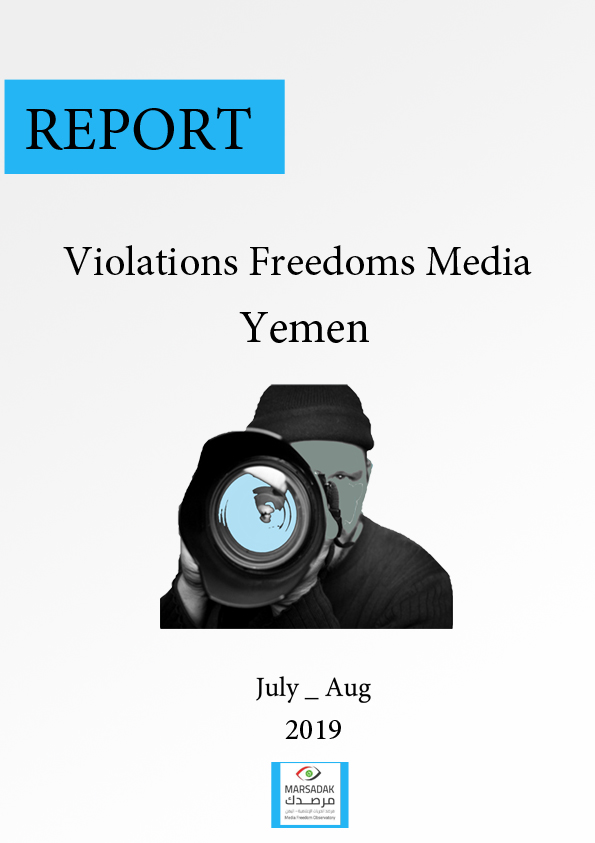 A report issued by the Yemen Media Freedom Observatory (YMFO), we monitored and documented 37 cases of violations of media freedom during July and August. Individual journalists were targeted in 32 cases, while media institutions were targeted in 5 cases. Violation ranged from 5 arrests to 4 kidnappings, 6 assaults, 2 threats and 20 other cases.

Journalists work in a highly risky environment that poses a threat to their lives and future. In many parts of Yemen, journalism as a profession has become a sufficient accusation for a journalist to be punished in a country dominated by rival parties backed by regional actors.

Data show that the Houthi group continues to top the list of perpetrator of press freedom, being implicated in 18 cases of violations during the past two months.  Besides, 18 journalists are still detained in Houthi prisons, some of them for more than three years. Similarly, journalist Mohammed Ali is still detained by the legitimate government in Mareb, whereas no information is available on the fate of Mohammed al-Muqri, who was kidnapped by al-Qaeda in late 2015.

The YMFO renews its call on all parties to immediately stop targeting journalists and urges them to abide by the Constitution and international conventions on freedom of the press. It also calls on the conflicting parties, especially the Houthis, to release detained journalists, while holding all parties fully responsible for endangering the lives of journalists.