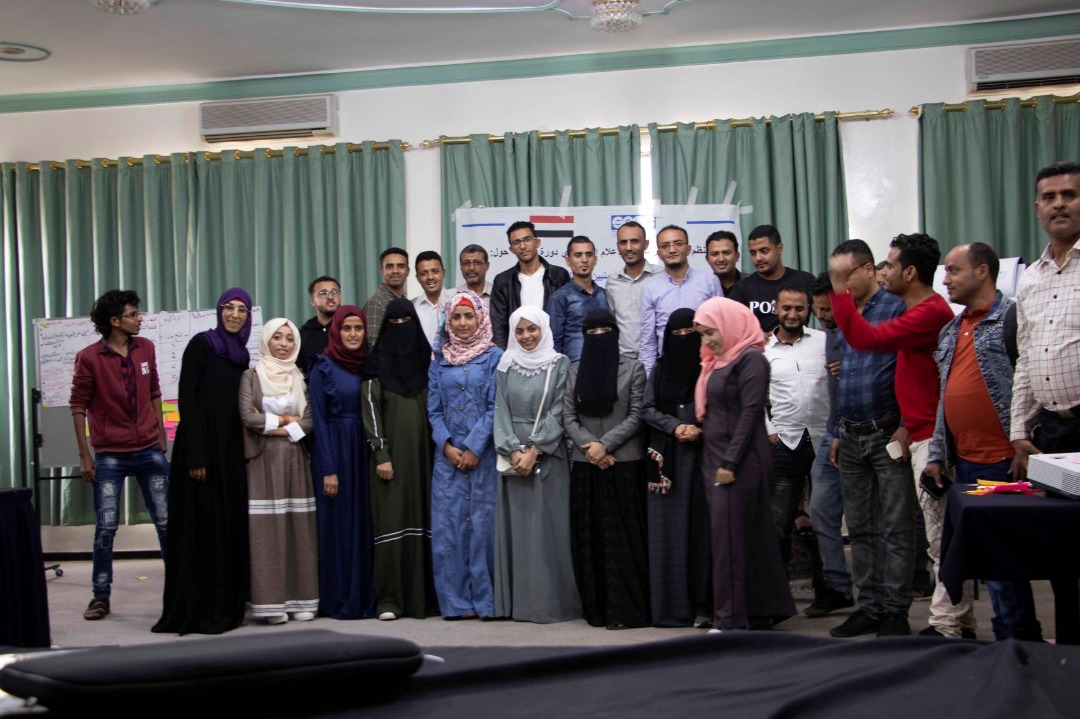 A training workshop targeting Yemeni journalists in Taiz governorate on “Protecting Yemeni journalists from digital risks” has been concluded by the Studies and Economic Media Center (SEMC). The workshop comes as part of a training program targeting 100 journalists in four Yemeni governorates, in cooperation with the Public affairs office at the American Embassy in Yemen.
In the closing session of the first training workshop that was held in Taiz governorate, program coordinator, Jalal al-Soufi, explained that 25 journalists in Taiz governorate were targeted by the training workshop during which participants received extensive training on digital protection skills. He adds that it constitutes a qualitative addition to journalists to protect themselves and their data from spying and violations.
“The program targets four governorates; namely, Taiz, Aden, Hadramout and Marib. The workshop deals with important issues, most notably assessing risks and determining the list of digital risks, sending encrypted email, data protection, safe browsing, mobile protection, types of viruses and ways of protection from them by identifying their types and how they work,” al-Soufi adds.
At the end of the workshop, participants acknowledged the much benefit they received from the training workshop. Randa Sharaf, who works for Watani FM Radio, says: “I did not expect the huge amount of information I received, nor did I expect the amount of data and information that someone else could know about me through sniffing and spying on my data, whether through phone calls or SMS messages or through social media sites or even e-mails.”

Sharaf adds, “Before this workshop, we, journalists, were an open book for all hackers who wanted to eavesdrop or spy on us. Yet, by the end of this training workshop, we have learned how to protect ourselves and our data from hackers by encrypting data or permanently deleting it, so that no one can retrieve it or even track the ways we communicate with our fellow journalists and human rights workers without being the victim.”
In the same context, Hanadi Ana’m states, “The workshop is useful to us as journalists, as it is related to key issues that are of great concern to journalists; namely, the issue of our digital security in context of current circumstances.”
“I would like to thank the trainer for the huge amount of information he introduced us to. By his wonderful and smooth method, he succeeded in communicating the most important information in the relatively short workshop duration. I would like also to thank the Studies and Economic Media Center for its preparations and good organization of this workshop.”
For his part, Bilal Al-Murairi, a journalist working for al-Jumhuriya newspaper, says, “In just three days, I learned a lot of information in the field of digital security.”
SEMC is a non-profit civil society organization promoting a successful and transparent economic system through training and raising the citizens’ awareness of economic issues, and enhancing transparency and citizen participation in decision-making. It promotes professional media and economic empowerment of youth and women and enhancing their role in peacebuilding.