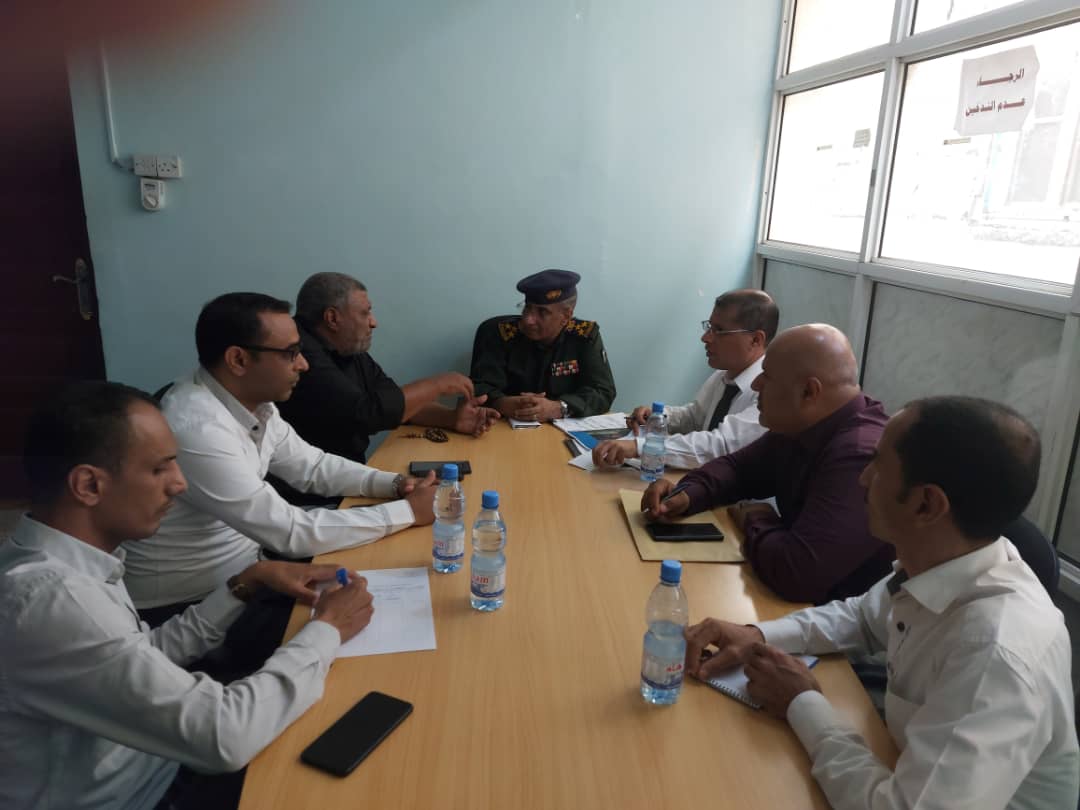 A joint meeting of the Partnership and Local Development Team, held in Taiz with Taiz Governorate Security manager , Major General Mansour Al-Akhali, approved a mechanism to solve the problems that the private sector faces in the governorate through a liaison officer contributing to speeding up the process of handling urgent problems. In the meeting, which was attended by the director of the Governorate’s Planning Office, Nabil Jamal, a number of businessmen and the Partnership and Local Development Team , affiliated with the Economic Reforms Team in Yemen, the Security Manager was briefed on a set of obstacles faced by the private sector in the governorate and the proposals presented by the Partnership and Development Team within the matrix of economic recovery in the Governorate, which the team worked on during the last period under the supervision of the Studies and Economic Media Center( SEMC).

Participants in the meeting discussed many urgent issues, stressing the need to provide a safe environment for investment and the protection of investors from those who engage in robbery, extortion and violation of the law.
The Security Manager hailed cooperation with SEMC in activating the role of economic media in the governorate and reassuring investors, attracting investment in the governorate and restoring economic activity, stressing that the security services are making great efforts to maintain security and enforce the law, and that they have made great strides in this field. With regard to the outlaw gangs, he said that their fate is sealed and that only a few remain. On the grabbing of the homes and lands of merchants and citizens, he said a committee was formed by the governorate leadership whose mission is to evacuate the grabbed homes and lands and hand them back to their owners. For his part, the Executive Director of SEMC, Mohammad Ismail, expressed his appreciation for the response of the security services, headed by Al-Akhali, to the demands of the private sector and those concerned with economic affairs, considering that the step of creating a mechanism, including the appointment of a liaison officer, is a practical step towards solving many of the daily problems that the sector is suffering from.
On the one hand, a member of the Partnership and Development Team in Taiz, Yasser Al-Maqtari, stressed the importance of moving forward with the implementation of what was included in the matrix of restoring economic activity in the governorate, which represents a summary of studies and in-depth discussions to develop a future economic vision for Taiz.
The meeting held in Taiz further stressed the importance of holding similar meetings with leaders of the army, the judiciary and local authority and coordinating all efforts in order for each party to fulfill its legal duty to solve the problems of the private sector and protect it from illegal practices and levies. The meeting a lso stressed the necessity of holding a conference in which the leaders of the army, security, judiciary, local authority, representatives of the private sector and the Partnership and Development team will participate in order to discuss in-depth the challenges facing economic and investment activity in the governorate and to provide an appropriate environment to improve the business environment in Taiz.