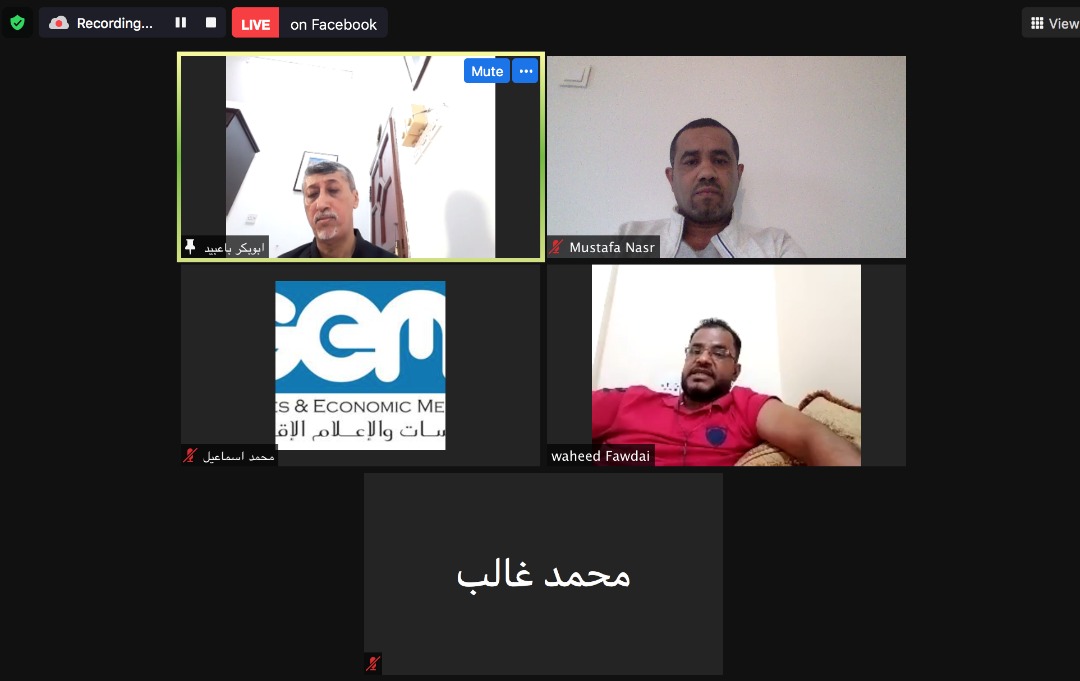 Participants in the symposium on “The Future of the Banking Sector in light of the Duplicity of Decisions” underscored the need to neutralize the banking sector from political disputes and the importance of the independence of the Central Bank in managing monetary policy that seeks to reduce the level of inflation and preserve the value of the national currency.

In the symposium, the latest developments related to the private sector initiative to find solutions to the problems arising from duplicity of decisions by the CBY in Aden and the CBY in Sana’a and the implications of that situation were reviewed. Chairman of the Chamber of Commerce and Industry in Aden, Abu Bakr Ba Ubaid, affirmed that efforts being exerted by the chambers of commerce and industry in Aden and Sana’a in this respect, expressing his hope of reaching an agreement in this regard.

The initiative consists of several basic points; namely, quitting threats, giving opportunity to the committee that was formed by the banks to negotiate with the CBY in both Sana’a and Aden, de-escalation, and cancelling the fines imposed on banks for failing to deliver monthly data to the CBY.

Ba Ubaid expressed his regret for the various parties’ dealing with the economic file, as they deal with it as an instrument of war to be used in the combat theater of operations. He pointed out many problems related to the performance of the CBY in Aden, represented by the bank’s inefficient management, ineffective control of monetary policy, oblivion to reality, and CBY management’s lack of seriousness in dealing with the private sector and with the economic situation, in general, is a responsible, transparent, and serious way.

He described the decisions of the CBY in Aden and Sana’a as bad decisions that harm the economy, the banking sector, and the private sector, and contribute to the rise of obstacles and problems.

Ba Ubaid made fun of the mentalities that ran the CBY in Aden and Sana’a, stating that they were dealing with banks with a security mentality, a state of affairs that pushed the banking sector into more crises and conflict that would have negative repercussions on the living conditions in the country.

Organized by SEMC on Sunday, the seminar on the future of the banking sector in Yemen emphasized the need for CBY independence and neutralizing it from political conflict and disputes, to save the country from an impending economic disaster, as the banking sector represents the core of the national economy in general.

Inaugurating the symposium organized by SEMC via Zoom and broadcast on social media, Chairman of SEMC, Mustafa Nasr, reviewed the stages of the work of CBY since the beginning of the war, indicating that it went through three stages. He also referred to the depreciation of the national currency and the interventions in the work of the CBY, a situation that ended in the current state of division of the CBY.

The symposium, in which a number of businessmen, economic experts and decision-makers of various denominations participated, aimed to review the challenges faced by the banking sector due to the duplicity of decisions directing banks and their domestic and international repercussions and. It also sought to find solutions and mechanisms to ensure the banking sector continued to function and serve the national economy.
Economic researcher, Waheed Al-Foudai, attributed the deteriorating economic situation to the inefficiency of the legitimate government, absence of the regulatory policy at the CBY, and its inability to get access to all data of banking activities.

Al-Foudai considers that the CBY in Sana’a has always been working in a way that contradicts the decisions of the CBY in Aden, and pressures banks to observe its instructions under the threat of the security grip.

Al-Foua’i points out that the CBY in Aden usually takes delayed decisions, pointing to many examples of the problems that worsened to the point of becoming insoluble due to failure to take decisions at the right time.

It is noteworthy that SEMC is a non-profit civil society organization promoting training and raising the citizens’ awareness of economic issues, and enhancing transparency and citizen participation in decision-making.

It promotes professional media and economic empowerment of youth and women and enhancing their role in peacebuilding.