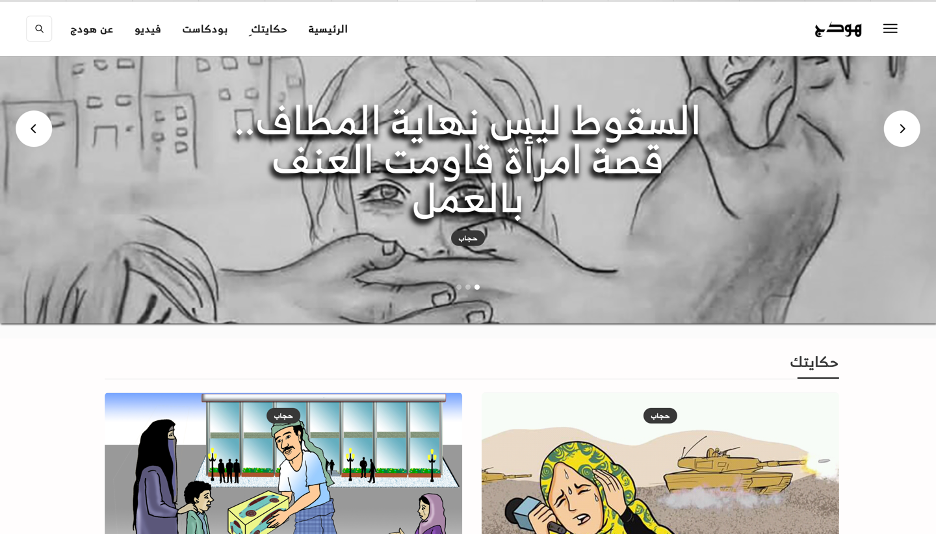 The platform is dedicated to Yemeni women topics and interests and run by editorial team of female journalists.

The platform has been created as part of Makanatiproject implemented by the French Agency for Media Development “CFI” in partner with the Studies and economic media center “SEMC and funded by the French Ministry for Europe and ForeignAffairs.

Over the past six months, the project has trained over 50 journalists on media skills related to advocacy and gender equality in media.

The female journalists have also learned tools and skills of media leadership to empower them and to get them to reach decision-making positions in media institutions. The project targets journalists from five main governorates “Taiz, Sana’a, Hadramout, Al Hodeida and Aden”.

After the trainings, the jounrnalists worked passionately to produce an exclusive media contents for Hodaj.net platform “49” media contents (videos, written articles and podcasts) have been produced and published in “Hodaj.net” platform as a first stage.

The platform aims to encourage Yemeni women to have pioneer role in media, as the editorial team consists of female journalists. Therefore, the platefom is the first Yemeni platform run by female journalists and dedicated to women topics:”by women , for women “

The platform will allow to reach the largest possible number of beneficiaries and the contents produced will be published in several local partners websites.
www.hodaj.net