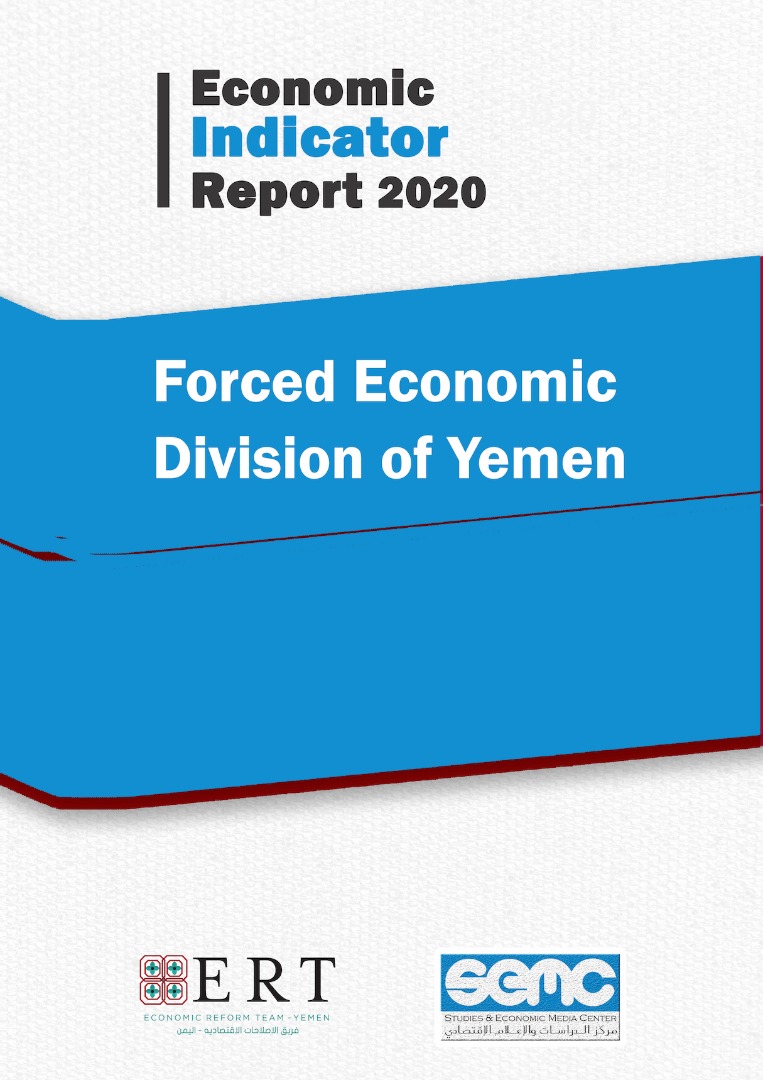 The annual Economic Report issued by the Studies and Economic Media Center (SEMC) revealed that the volume of trade between the areas controlled by the internationally recognized Yemeni government and the Houthi- (Ansar Allah) controlled areas fell by 40 %. Similarly, money transfer fees to Houthi areas increased to 50 %. The report considered these developments as an indication of the move towards the forced economic division of Yemen.

The economic report entitled “The Forced Economic Division of Yemen” covered the key economic indicators of the year 2020, such as the monetary policy, transfers, and economic events in Yemen during the year. The economic report also included the impact of the Coronavirus pandemic on the Yemeni economy, the fuel crisis, and the reversal of the agreement to allocate tax and customs revenues for the payment of civil servants’ salaries and the implications this setback has on the lives of citizens in Yemen.

The report, issued in both its Arabic and English versions, states, “Yemen had witnessed troubling economic transformations. Perhaps the most important of those transformations was the creation of a de facto forced division of the economy between  the areas controlled by the Houthi group (Ansar Allah) and the areas controlled by the internationally recognized government. The decision to ban the newly-printed currency local currency that was taken by the Houthi-controlled CBY in Sana’a was a critical turning point in the course of creating two distinct, or rather more precisely, even conflicting economies. This step paved the way for a situation in which the banking sector was directly involved in and plunged into the ongoing conflict in Yemen, passing double decisions and taking measures that doubled the challenges facing the Yemeni economy and exacerbated the humanitarian crisis, which is the worst in the world.”

The report adds, “figures show that the Yemeni rial lost about 50 percent of its real value during 2020, causing a high escalation of prices of goods and services. This depreciation of the national currency intensified currency speculation.  This enabled forces outside the banking sector to control the up and down trends of the Yemeni currency in light of the evident inefficacy of government authorities and the Central Bank of Yemen in Aden and their failure to find sustainable solutions or formulate a monetary policy that could contribute to correcting imbalances.”

It is noteworthy that SEMC is a non-profit civil society organization promoting a successful and transparent economic system through training and raising the citizens’ awareness of economic issues, and enhancing transparency and citizen participation in decision-making. It promotes professional media and economic empowerment of youth and women and enhancing their role in peacebuilding.