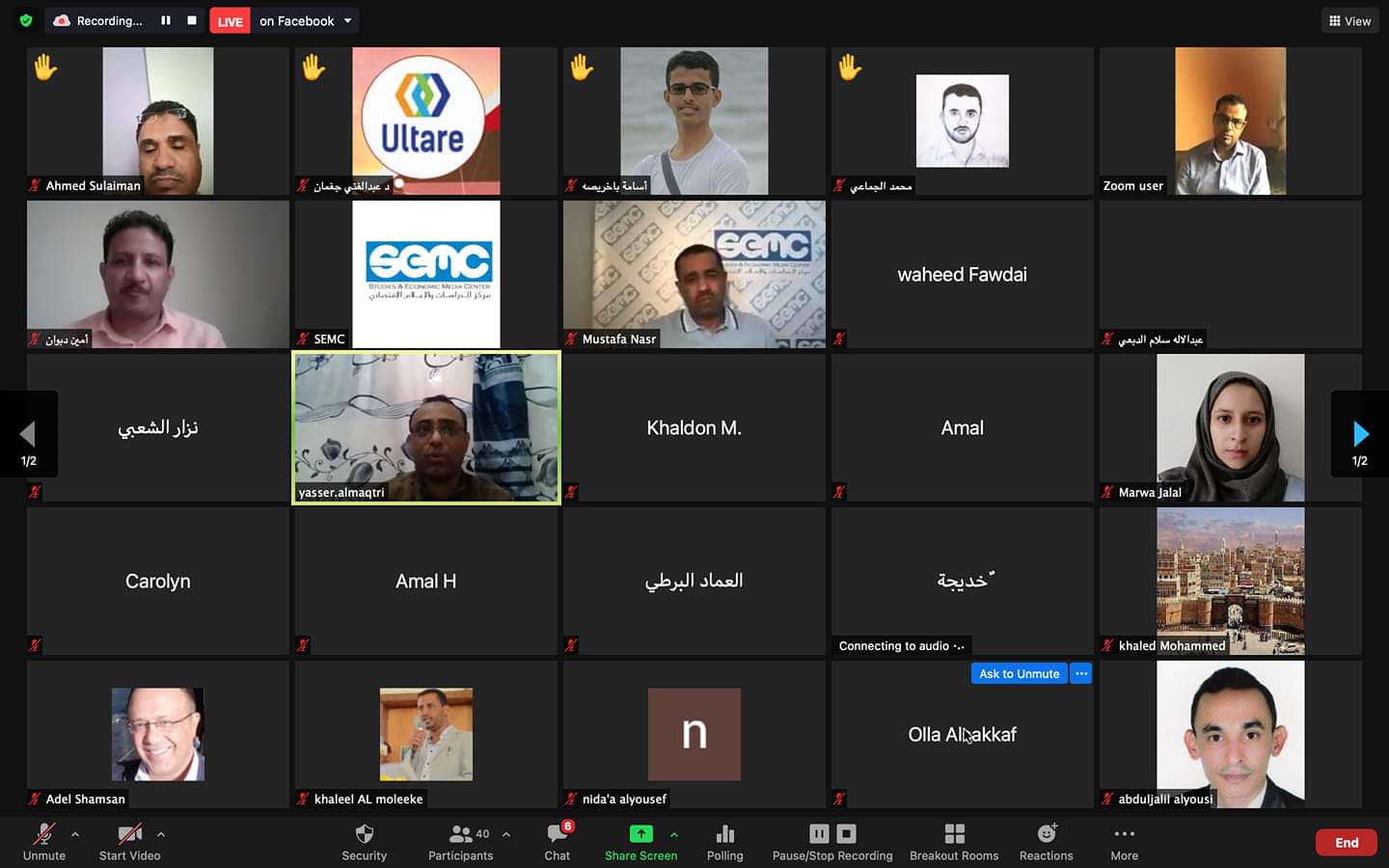 Amid Cautious Street, Experts Expect Houthis to Use Large Part of Old Currency

The participants in the webinar organized by the Studies & Economic Media Center on “the monetary division in Yemen and national currency fall” stressed the need for the central bank to take other steps in order to achieve its goal of old currency pumping and addressing price distortions between governorates.

The webinar, organized by the Center via “Zoom”, in which a group of economists, those interested in economic affairs, businessmen and journalists participated, mainly discussed the problem of the currency collaps and the announcement of the Central to pump old 1000 note into the banking market, and gradually withdrawing the new edition.

The Central Bank had announced a package of measures to reform the financial situation and abolish the price distortions of the single currency among the Yemeni governorates, including circulating old currency of 1000 riyals note, of large format, to the banking market.

The Bank also took organized measures to reduce the money supply and keep it at acceptable levels with the market’s need, to avoid any inflationary effects.
In addition to forcing banks and exchange and transfer firms, and in the near future, to stop imposing arbitrary and unrealistic commissions for internal transfers between different regions of Yemen.

At the opening of the webinar, Mustafa Nasr, head of Studies & Economic Media Center, reviewed a number of axes related to the monetary division in Yemen and its repercussions on the currency, the economy, currency printing and its future impact on economic inflation and the future of the banking sector in Yemen.
“This procedure relies on the type and nature of decisions that the Houthi group will take to respond to this move,“ Nasr added.

At the same time, Nasr ruled out the ability of the Houthi group to sort out 1000 riyals note of the old format, and prevent their access to the areas under its control.
The banking expert, Yasser Al-Maqtari, said that he expected that the Houthis would use a very large part of the currency pumped by the Central Bank into the banking market.
Al-Maqtari pointed out that there is a significant shortage in the money supply in the Houthi-controlled areas, pointing out that the group will cover its needs of the local currency, through the 1000 note quantities the Central Bank in Aden will pump into the banking market.

For his part, Professor of Economics at the University of Aden, Dr. Hisham Al-Sarmi, believes that the strike of the Exchangers Association, in Aden, confused the Central Bank’s steps in addressing price distortions, with its announcement of pumping banknotes from the old currency, and selling checks and bonds worth four hundred billion riyals to withdraw the new edition, and start to regain control of the monetary mass in the banking market.
The economic researcher, Waheed Al-Fawdaei believes that the strike of the Exchangers Association in Aden, aimed at diverting the path and camouflaging the accusations against the exchange facilities and firms of currency manipulation, and causing the fall of the value of the riyal, by creating an artificial demand for foreign currencies.
It is noteworthy that the Studies & Economic Media Center is a non-profit civil society organization working for rehabilitation and awareness of economic issues, enhancing transparency and citizen engagement in decision-making, creating professional media, empowering youth and women economically and enhancing their role in building peace.