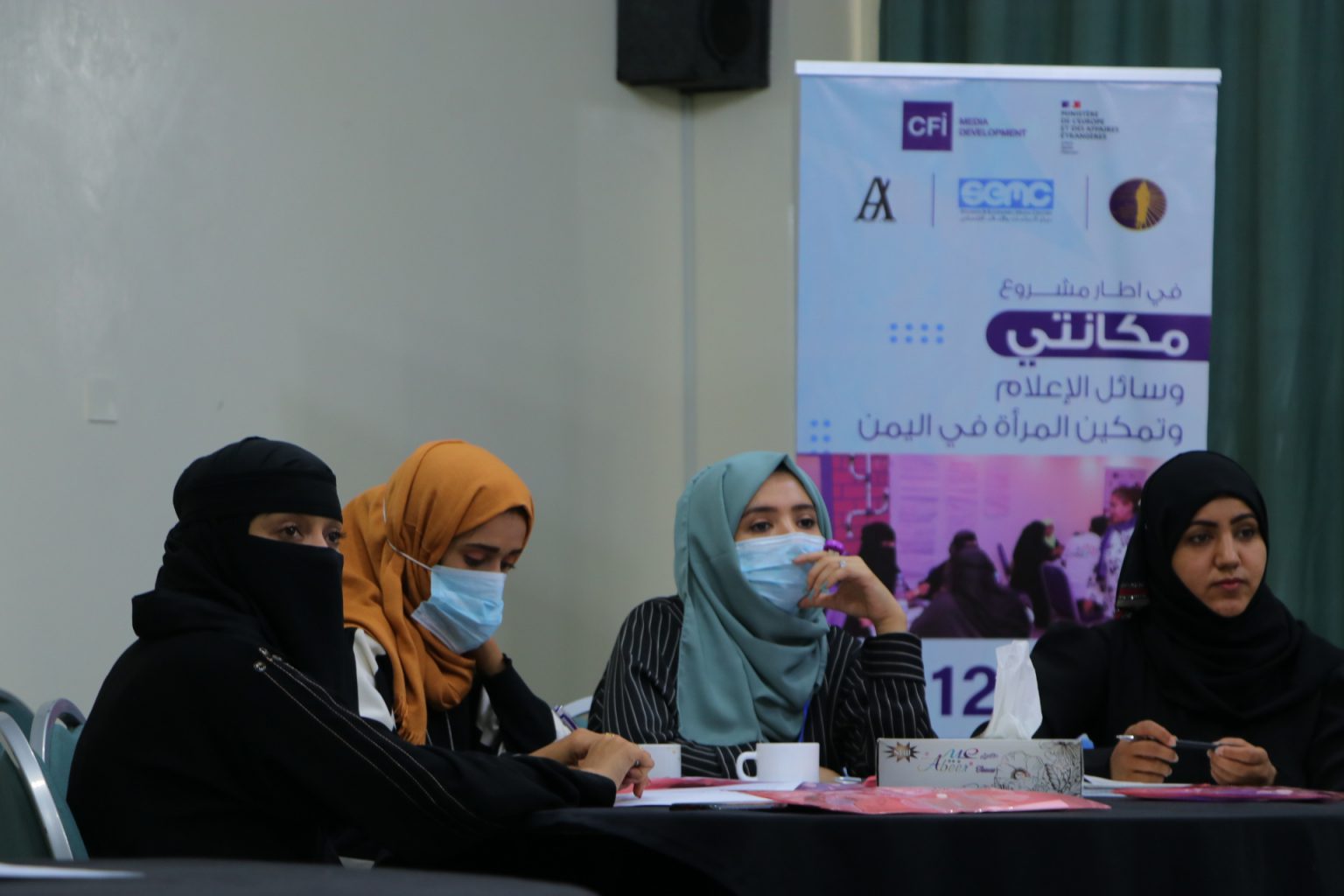 Thirty female journalists from the governorates of Aden, Sana’a, Hadhrmout, Taiz and Hodeida participated in the program. They received intensive training in both Aden and Taiz for 72 hours (in each governorate), and the three workshops focused on editing, newspaper writing, how to lead media team and digital security. It also aims to enable women journalists working in journalism institutions to have the keys and leadership skills to access decision-making positions in their respective institutions, as well as the editorial skills to manage editorial meetings. The program is being implemented under the second phase of the “Makanati” project to promote women’s presence and advocacy in the Yemeni media in partnership with the French Agency for Media Development (CFI) and with the support of the French Ministry of Foreign Affairs of Europe.

Also she added: “We rely a great deal on women journalists who have received training during the first and second stages to advocate for women’s issues in media and gender equality both through their media production and through the institutions with which they collaborate and work”.

Fatima Baabad, one of the trainees from Aden, said: “This training program is one of the programs that made a difference to me as a journalist, and I felt that there was a lot to do after the three workshops in which I received new knowledge of skills.” In the same context, Doa’a Al – Zomar said after she took part in the training program in Taiz: “All in all, this program is a remarkable opportunity for me and my colleagues, and certainly, as we have received, it will reflect positively on the reality of Yemeni media and journalism, and on women’s work in general.”

In addition; Makanati project aims also to enhance the presence of women in Yemeni media by building the capacity of women journalists in the Independent Administration to aim at sustaining media projects, their conditions of success and the managerial and leadership skills required to run the media team.

It is noteworthy that SEMC is a non-profit civil society organization promoting a successful and transparent economic system through training and raising the citizens’ awareness of economic issues, and enhancing transparency and citizen participation in decision-making. It promotes professional media and economic empowerment of youth and women and enhancing their role in peacebuilding.