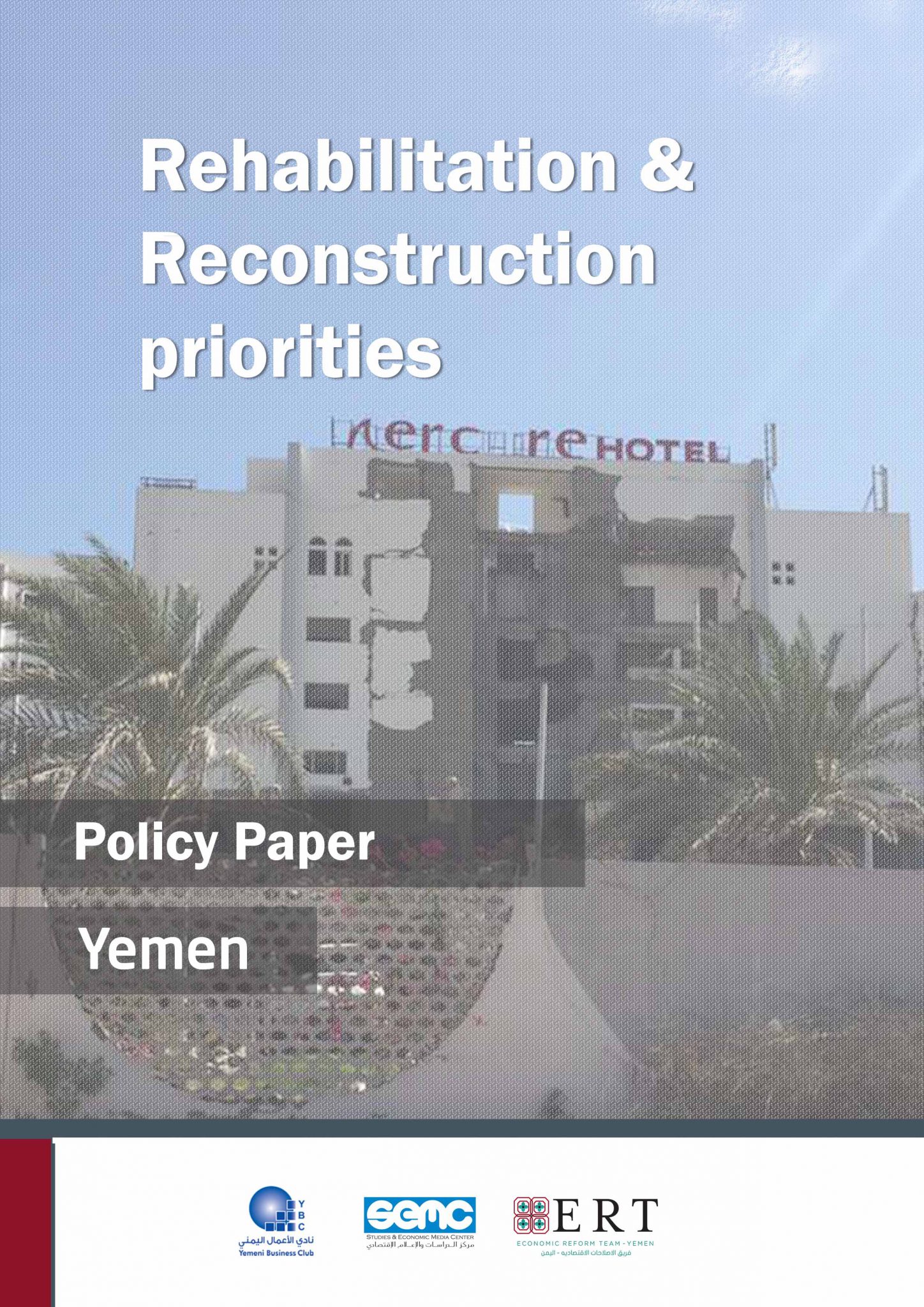 Yemen is considered as the poorest country in Arab region and among the world least developed countries.  It is ranked 160th out of the 187 countries in the Human Development Index with aggregate value for the human development indicators for 2015 of about 0.498. The average GDP declined to 2.8 % during the period 2001 -2013(1) which was below annual average population growth that of 3%. Poverty in Yemen became widely sever epidemic with 54%, according to recent indicators, and illiteracy rate reported 41%.

For decades, Yemen has been unable to mobilize the available resources to achieve sustainable growth due to the following factors: political instability, sectarian wars and soaring terrorism challenges, dysfunctional mimic institutional framework, limited FDI and weak infrastructure. Such structural hinders were sufficient to accelerate economic and social fragmentation.

The country has witnessed successive conflicts over the last decades, however the last one began in March 2015 was the worst in Yemen history. It turned Yemen into a regional and international battleground and has resulted in tremendous economic and social difficulties. The KSA led alliance’s airstrikes and the ground offensives have caused fatal causalities on civilians, mass destruction of public and private properties and huge influx of IDPs inside and outside the country; the blockade on the other hand imposed financial and commercial isolation on Yemen. Currently there are more than 18.8 million Yemeni in need for some kind of humanitarian assistance.

This policy paper will first provide a historical background of Yemen Economy, which end up with social, economic and institutional gradual collapse during 2015-2016 years. Then it aims to identify the severely affected economic sectors and proposes the most necessary intervention priorities to enhance the strategic economic sectors’ recovery. The paper will finally propose a set of roles that the private, public and external development to support the economic recovery.