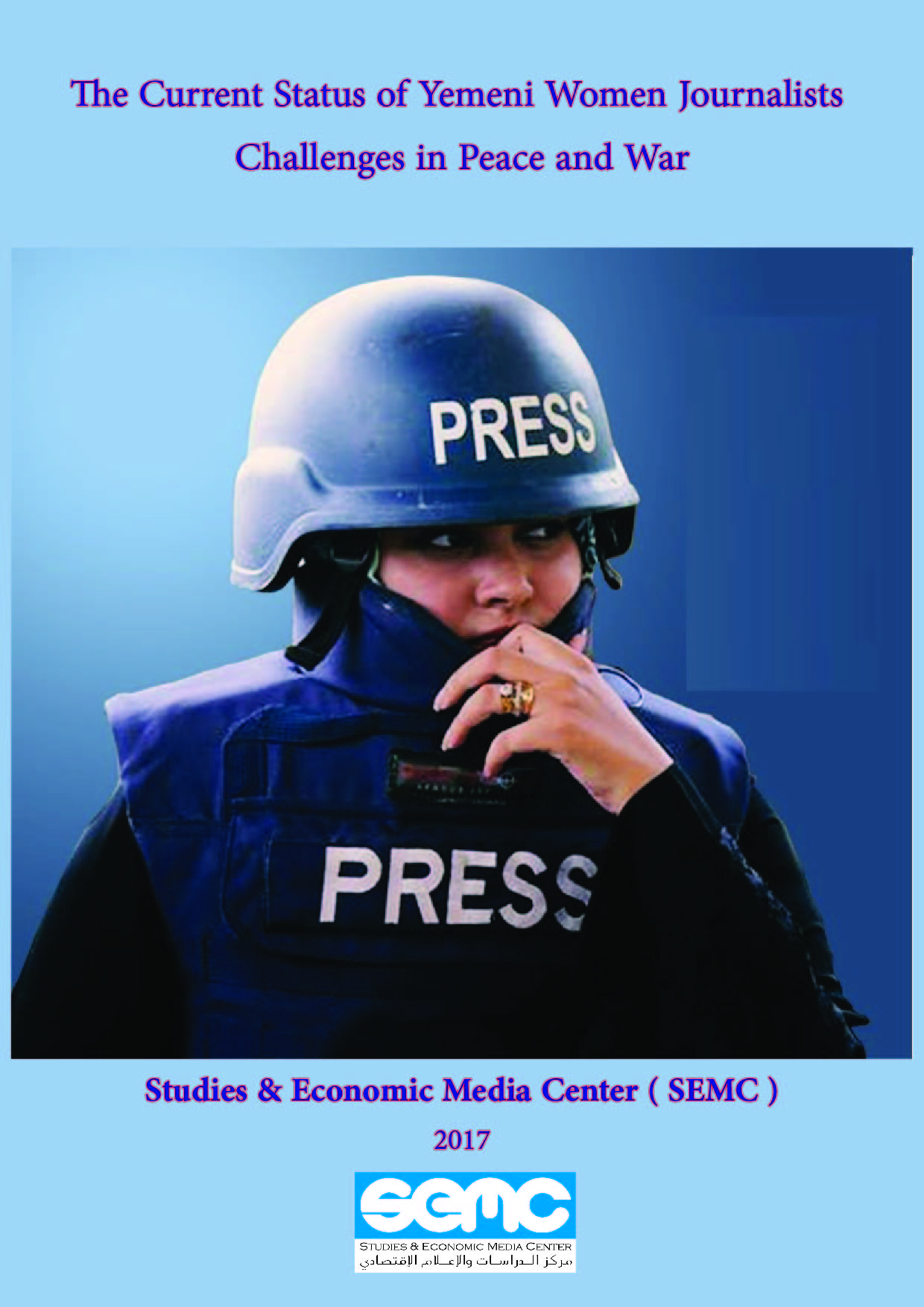 The report clarify that women journalists constitute 20 % of the total employer of media institutions and 11 % of members of journalists Syndicate. Report explained The inequality of the men and women in the media organizations  through men’s control of the leadership positions ,wages variation, unequal training opportunities offered to women, lack of harmonization of the environment of some media organizations for female journalists, and the allocation of specific areas in which women work, such as women’s chances and social life positions.

The report also explained that women journalists have not had the opportunity to be empowered to take part in the decision-making process except for rare circumstances and reasons.  Also Many media workers lack the training and qualification that enables them to raise their professional performance and enable them to reach leadership positions.

Mustafa Nasr SEMC Chairman  attributed the causes of violations  against women Journalists in Yemen to the political, social and cultural factors, although Yemeni women journalists have proved worthy in taking media responsibilities in advanced positions.

Nasr pointed out that Yemeni women journalist in the current war in Yemen subjected to various types of violations. He express regret that the international bodies and institutions concerned with the media did not play an effective role in stopping these violations against women journalists in Yemen.

Nasr called on government authorities and international organizations concerned with rights and freedoms to force all political parties and warring parties to the principles of freedom of expression and freedom of the press stipulated in international and domestic legislation and to remove all obstacles that limit press freedom in Yemen.

Nasr clarifying that Women’s lack of progress in decision-making positions is a reflection of the situation of the Yemeni women in all life sectors, added that this comes despite the fact that they have engaged in certain media field such as the press, audio and visual media work since the launch of radio and television in Yemen. He explained that women  face many challenges that prevent her to be empowered to take part in the decision-making process , included social , institutional and other challenges.

Report recommended the importance of that women Journalists who carry out their duties to convey facts to society, respect their work and not endanger their lives, especially women journalists working in hostile and dangerous environments, should not be harmed. As well as Violations against women journalists and activists in social networking sites are crimes that do fall under the statute of limitations and the one who does it must be held accountable.

The report also recommended The enactment of media legislation that achieves full equality between men and women working in the field of information and the implementation of these laws on the ground , and Adopting media policies that stimulate women to engage in the media profession and work to change the misconceptions of society towards the work of women in the media , also Empowering women journalists to hold leadership positions in media organizations according to a specific time plan and to involve them more in the preparation of television and radio programming plans and plans. Advocating media women to participate in trade unions, especially in leadership positions.

Report recommended on the importance of Conducting  studies and media research on the status of media women in Yemen and hold seminars and events that discuss the status of women media and seek their concerns and develop perceptions to address them , as well as the need to work by all official civil society organizations and women’s rights advocates in order to change the stereotype and break the rigid mold in which women were put in order to start from the curriculum so as to raise a generation that believes in the role of women and the need for partnership and equality between the both of genders.