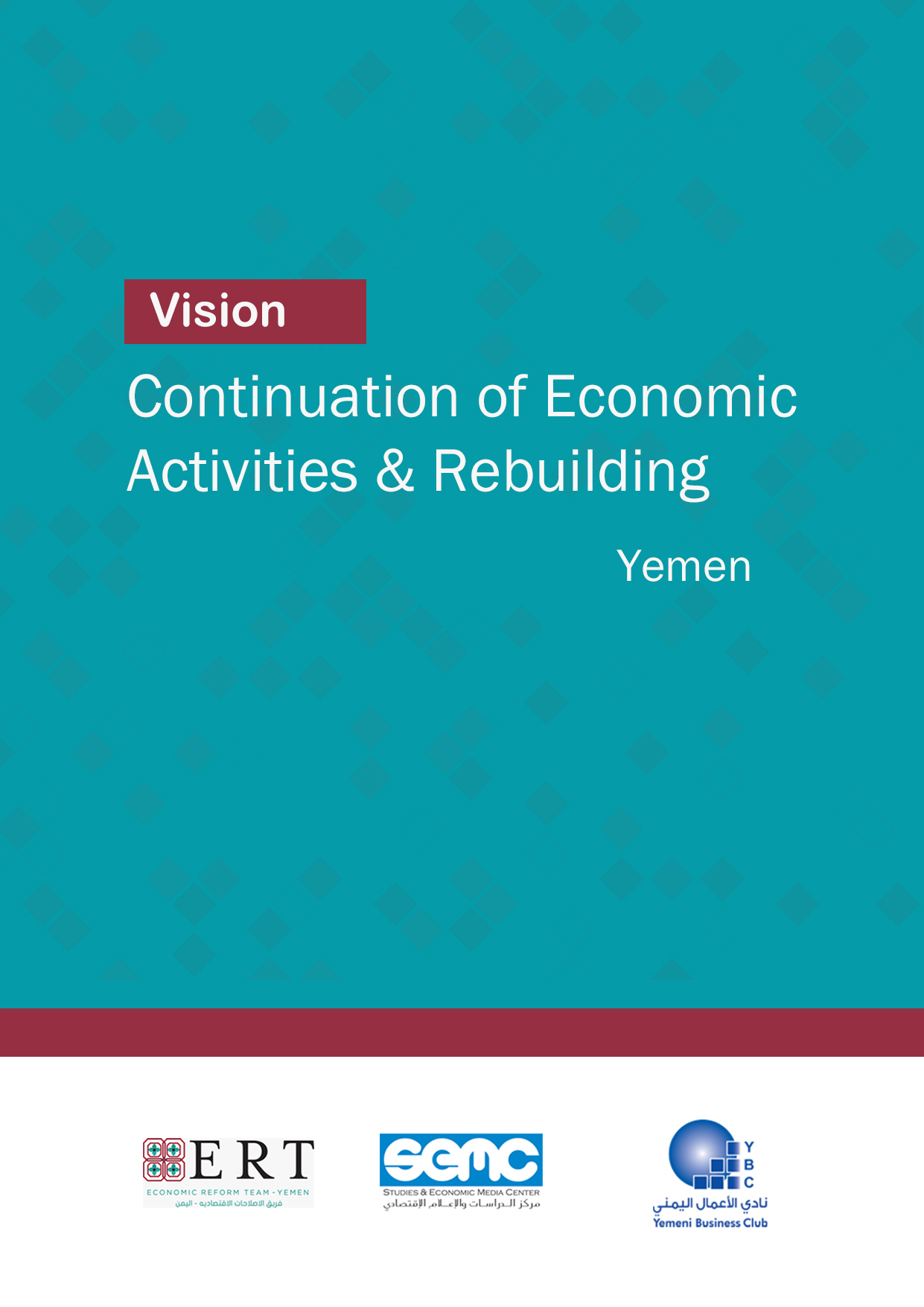 The vision was prepared after a series of discussions with private sector leaders.

The private sector plays an important role in Yemeni economic life through its contribution to GDP, employment, investment, and internal and external trade, in addition to the significant roles it played during the war such as providing goods and services under difficult and complex conditions, and supporting humanitarian relief efforts. However, the private sector underwent severe losses because of the war as a survey conducted by the Studies and Economic Media Center (SEMC) shows, such that 83 percent of the private sector institutions suffered direct or indirect damage. In addition, 60 percent of the private sector companies are considering moving their capital or at least part of it outside the country.

These conditions strongly motivated the private sector, the government, and all development stakeholders to seek a vision and mechanisms that contribute to enhance the pivotal role of the private sector in the economic life of Yemen. That can be done through addressing the challenges that the private sector is facing at the local level in mitigating the conflict consequences and maintaining economic activity to service the community.

The private sector, represented by the Economic Reform Team (ERT), which includes a group of prominent businesspersons in Yemen, economic experts and representatives of civil society, seeks to develop a vision and goals that contribute to the resumption of the economic activity and rebuilding Yemen. Their efforts include the development of plans that contribute to address the challenges that hinder economic development initiatives and mitigate the consequences of war .