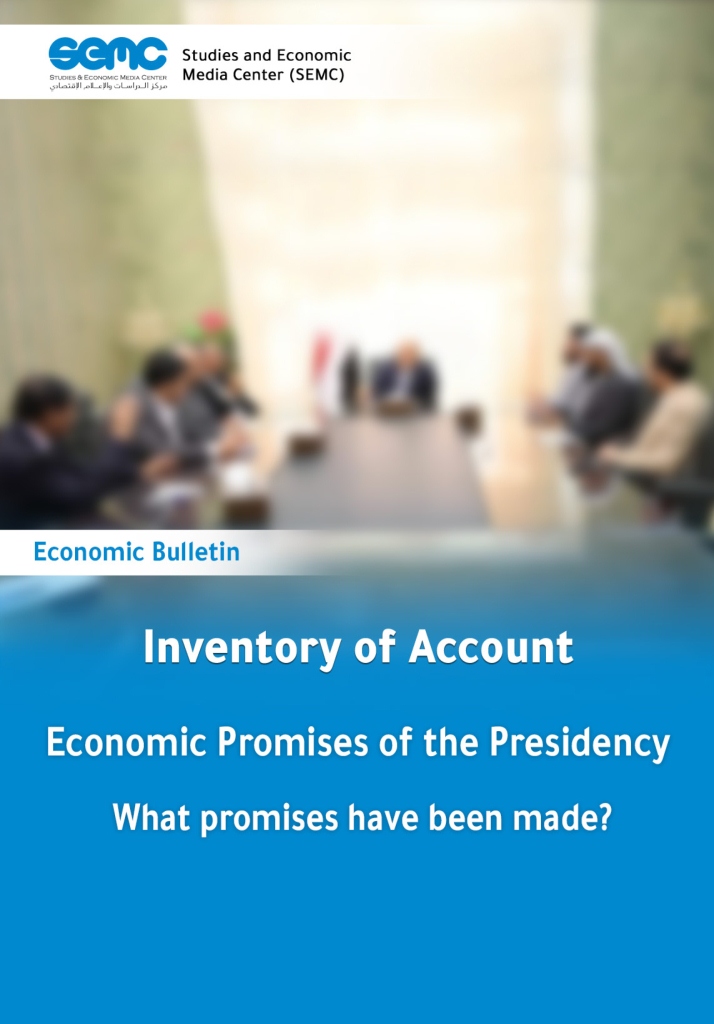 SEMC called on the Presidential Leadership Council and the government to fulfil the pledges and urgent reforms that would halt the fall of the Yemeni riyal and end the continuous rise of prices since the outbreak of the war in March 2015.

Studies & Economic Media  Center (SEMC) issued on October 31, a bulletin entitled “the Economic Pledges of the Presidential Council… What has been achieved?”, listing the economic pledges made by the Presidential Leadership Council since its formation, in September 2022, including the speeches in which Dr. Rashad Al-Alimi, President of the Council, pledged to improve the livelihood, re-stimulate the national economy and work to address the imbalances that led to the collapse of the local currency.

The bulletin also referred to the complex case of the efforts made by the Central Bank of Yemen in Aden to obtain the financial deposit announced by Saudi Arabia and the UAE when the Council was formed, which was not paid despite the President Al-Alimi and the leadership of the Central Bank announced the required reforms were met in July 2022.

The CEO of Studies & Economic Media Center, Mohammed Ismail, said the Center has been careful while preparing the bulletin to make the Yemeni citizen aware of the pledges made to improve its living situation together with political reforms, including the development grants announced by Saudi Arabia and the UAE. However, many pledges did not see the light, according to the bulletin’s findings.