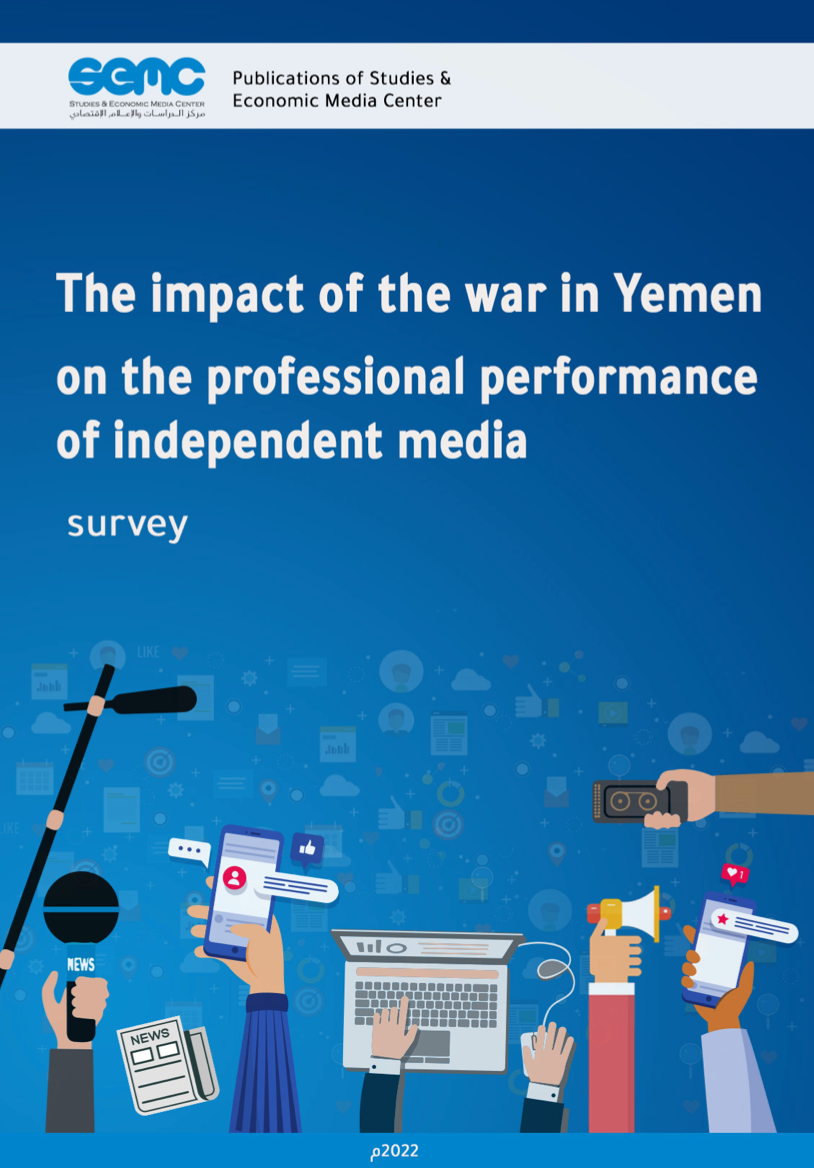 Study :The impact of the war in Yemen on the professional performance of independent media

The free media is one of the cornerstones of democra- cy and human rights, as no democratic system can be without a free and independent media. Its importance lies in the fact that it provides a service to the audience through accurate and documented information.

The power of the media lies in considering it the faith- ful guardian of people›s lives and freedoms by revealing facts and contributing to transparency, accountability and human rights. Its powerful influence depends on the extent of its integrity and its closeness to achieving the interests of peoples and societies.
An independent media has emerged in Yemen, benefit- ing from the margins of democracy that Yemen experi- enced in the early nineties of the last century. Despite the great challenges associated with those beginnings, it has been resisting the discouraging political and eco- nomic conditions, faltering and rising in an attempt to create a path different from the state media or the par- tisan media.

The technological revolution and the Internet era was an important turning point in the history of the Yemeni independent media, as many journalists were able to by- pass legal restrictions and establish many news website, taking advantage of the absence of legislative texts re- stricting the new media.

The independent media in Yemen has found itself in the midst of major transformations, with raids and closures being one of its most prominent features. Journalists were the most common segments of society that were accused, arrested, and prosecuted.
Today, after eight years of the devastating Yemeni war, we are trying to assess the effects of the war on the in- dependent media, the nature of the new roles created by the war, and the extent to which it is close to the au- dience and expressing its iss ues. We are also trying to paint a clear picture of its future role and the challenges it has to face.